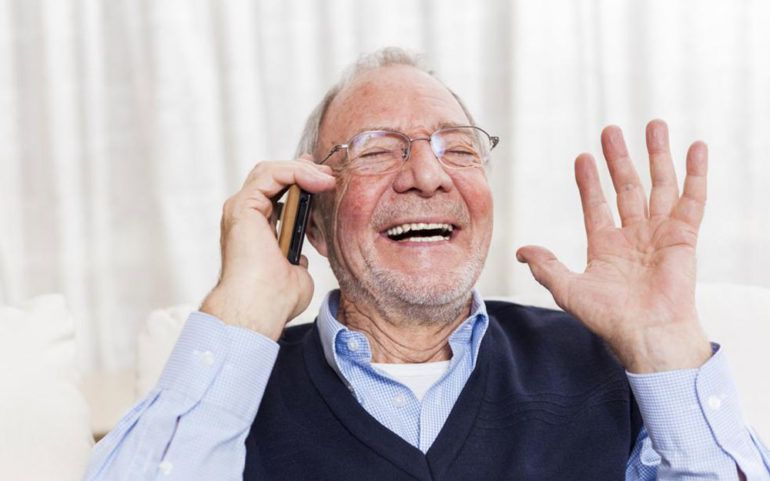 When most popular cellular carriers offer cellphone and expensive calling plans, AARP (American Association of Retired Persons) is an absolute hit in the market because of its unique plans and offers such as no long or short-term contracts, with cell phone charges and costs starting from around $10, and camera phones being available from around $20. Calling starts for prepaid users starting from $10.

AARP cell phones for seniors is mainly focused for senior citizens because it has no frills and is very handy and comfortable. One can use it for staying in touch with the younger members of the family, friends, and for the occasional and emergency calls.

At this challenging technology period, AARP makes it convenient for senior citizens to handle the cell phone hassle free and also enjoy occasional phone calls within the budget.

AARP members can easily get associated with other Consumer Cellular plans if the user is not interested in using the handset at some point. The user can relay with other popular cellular carrier and avail discounts too, through AARP membership.

The Doro cell phone by Consumer Cellular starts at $25. This cell phone is quite a user-friendly one for seniors because of its large buttons and bright displays with clear sound quality. They can get calling plans that start at $9.50 per month (just to hold the connection) and call charges at 24 cents per minute. There are almost six different plans by Consumer Cellular that can be adopted according to the use.

For the first-time connection with Consumer Cellular for AARP members, they can obtain a monthly discount of 5%, and up to 30% off for cell phone accessories, under some other terms and conditions, of course.

Even when it comes to text messages and data usage, Consumer Cellular has almost six combination plans. It starts with 300 texts plus for 30 MB of data per month $2.5 and the unlimited text plus plan of 4 GB data for $40 per month. Once the 4 GB data exceeds, it will automatically upgrade to the next level plan, where the user bound to pay $10 for 1 GB. According to the rules of Consumer Cellular and AT&T customers, a single connection is allowed up to 10 GB only for a month. However, slight rate changes would be applicable according to the economical market.

AARP cell phone and plans are also associated with GreatCall. GreatCall has AARP cell phone offered as Jitterbug Plus. It is one of the most user-friendly mobile phones for seniors. AARP cell phone is available with the “pay as you go plan.” The plan starts from $15 with GreatCall to GreatCall free calling 24/7 facility. Like any other service, GreatCall also has different plans which can be adopted according to the user’s purpose.