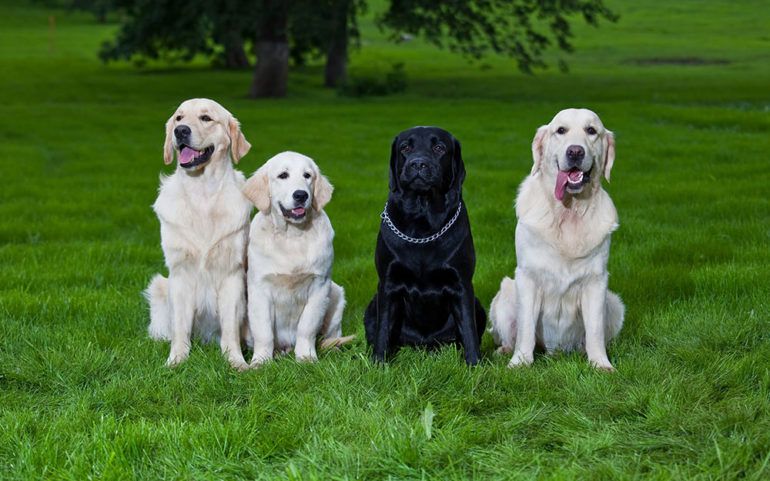 Planning to add a canine member to your family? You need to do a good amount of research before choosing one that best suits your lifestyle. Following are some of the most popular dog breeds to help you with your choice.

Labrador Retriever
The Labrador retriever is the most trust worthy and loyal breed in the United States for the past 23 years. It was originally found in Newfoundland. Labradors, popularly known as labs, were originally used by fishermen to round up stray fishes and pull in nets. After that they were bred to help hunters in their retrieve game. It has a gentle and pleasant nature which is very effective in therapy, search-and-rescue and suitable for families.

German Shepherd
This is a sturdy breed, vividly used in law enforcement and the military. They are also a loyal breed. It was first bred in Karlsruhe in Germany, 1899 and was recognized by AKC in 1908. It got its spotlight when a German shepherd named Rin-Tin-Tin became a Hollywood star after being in more than 20 films.

Golden Retriever
It was originally bred for hunting in Scotland in the 1800s. The Lord Tweedmouth crossed a yellow retriever and the now extinct Tweed Water Spaniel. Later he added an Irish setter and bloodhound, and we got our very famous golden retriever. If you have children in your family you may go for this kid friendly breed.

Beagle
This cute little hunting dog is quite famous for its trumpet-like bay instead of bark. Likely to most other hounds, this breed also comes in three color varieties: tricolor, red-and-white and lemon. English people usually used this hunting breed to hunt smaller animals like foxes and rabbits.

Bulldog
This is famous for its stocky build and wide wrinkly face. As its name refers it was originally used in bull baiting, banned by England in 1835. They need minimum grooming and exercise and have a relaxed temperament. Their heavy built makes them prone to overheating in hot weather.

Yorkshire Terrier
The quintessential purse dogs did not always have this lap dog status. In 19th century England, they were used as hunting dogs to hunt rats in clothing mills. Later the high class English society used them as their status symbol. They are around seven pounds in weight and have silky blue and tan coat.

Boxer
A 19th century hunting dog used to hunt large game and for dog fighting. They are a great companions who love to please their owners. They are very gentle with their human family but can become vigilant guard dogs if needed.