Building a Shower Pan – It is All about Layers 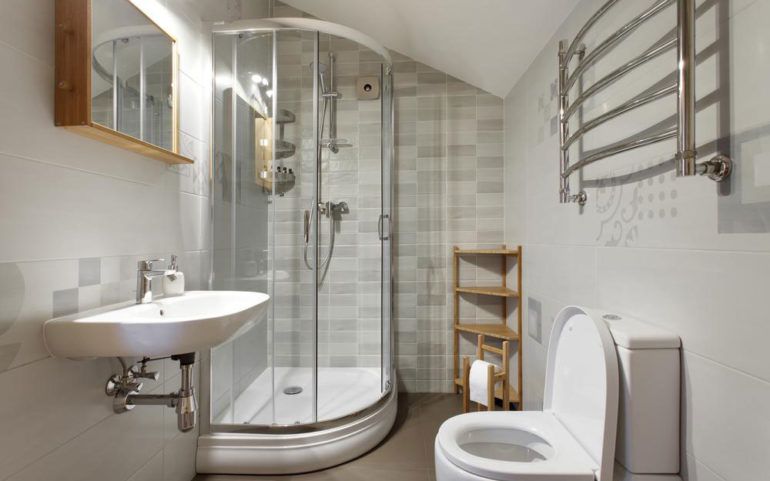 Motor shower pan, also known as mud shower pan, refers to shower base that is manually constructed using concrete. Once the motor shower pan is created, it forms a drain that contains the floor of the shower. Usually, the shower pans are leaned to a central drain and then completed with a tile surface. The use or aim of having a finished shower pan is to build a firm shower floor that is stable and quickly drains the shower water.

Normally, the used shower water drains through a primary drain; however, some don’t. The job of the shower pan, other than draining the wastewater is to pass on the water that has pierced the surface of the cascade floor back into the channel. The purpose of having a well-constructed shower pan is to redirect water back to the drain using an embedded waterproof membrane which is put in a way that it is inclined towards and wrapped to the drain. This creation or construction has individual weep holes that allow the water to penetrate back to and into the sewage.

The market is flooded with several ready-made shower pan systems that can be installed when constructing a shower. Even then, it cannot beat the old-style handmade concrete shower pan.

Shower pans that are pre-constructed or pre-made offer the speed and simplicity of installation, however, these are not great when talking about strength, rigidity as well as flexibility of a hand-made shower pan.

A hand-built shower pan is typically constructed in layers and is built or installed around a shower drain assembly.

Constructing a mortar shower pan is all about layers and takes a little time and hard work. The result will be a durable, long-lasting shower base. However, before you start constructing a new shower, ensure that you have a firm sub-floor and a suitable shower drain in place. It is equally essential to test-fit the drain flange to make sure that it works well with the shower base.