The birth of modern orthopedics 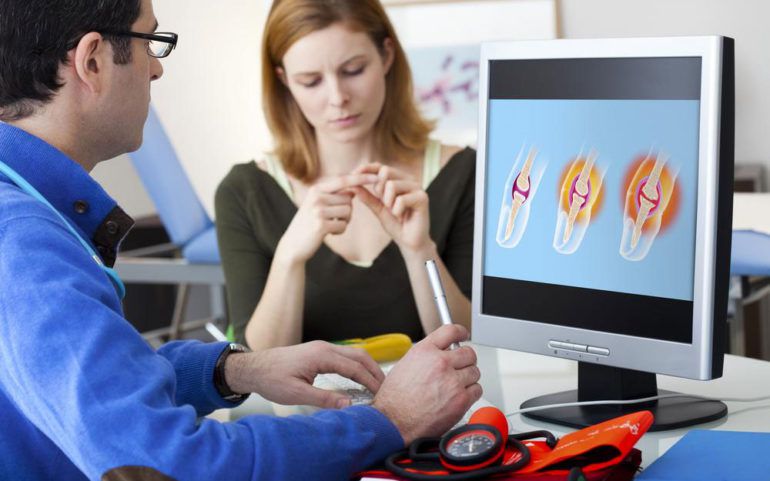 It was in the 1960s-1970s that modern orthopedics took birth, especially after the contributions of Hugh Owen Thomas. Finally, intramedullary fixations were being done without opening up the fracture. This technology was popularized by the Harborview Medical Center in the Seattle group in the late 1970s.

Modern hip and joint replacement
The next big step in the evolution of orthopedics was joints and hip replacement which took place in the year 1960 by Sir John Charnley, an expert in tribology at Wrightington Hospital in England. He was the one who pioneered this procedure by conceiving that joint surfaces could be replaced with inserts made of inert high quality acrylic plastics. These implants were stuck to the bone surfaces with appropriate cements. His design for the hip joint consisted of a stainless-steel ball on a long stem to be inserted into the femur and an acrylic acetabular implant stuck to the acetabulum.

This prosthesis design was so successful that this and its derivatives were used popularly for over two decades, and the procedure was such a celebrated success that it became the model for all later joint replacements. This procedure found continual improvement both in design and procedure with many making significant contributions.

Exeter hip replacement system evolved in the same period. In this method, the stem of the ball had slightly different geometry. A father son duo, Dr. R.I. Harris and W.H. Harris at Harvard, developed and popularized uncemented arthroplasty or joint replacement. The implants were bonded to the bones directly.

Knee replacement
The next development was the knee replacement. Dr. McIntosh used the same techniques to replace the knee joints of rheumatoid arthritis patients. Later, Doctors Gunston and Marmor in the 1970s started to replace the knee joint for osteoarthritis patients using a joint design developed by Dr. John Instal in New York using a fixed bearing. This evidently had limitation on the range of movement of the joint. This was overcome by using a mobile bearing system by Doctors Frederick Buechel and Michael Pappas.

Fractures
The next great innovation originated in Germany when Dr. Gerhard Kuntscher introduced the intramedullary rods to fix fractures of femur and tibia in the 1960s. This quickened the recovery of these fractures considerably. Again, it took World War II to push this innovation to the world stage. Traction, however, continued as the standard treatment for these were not used till the 1970s.

In the last 30-40 odd years, modern orthopedic research has sought to make orthopedic surgeries less invasive and to make the components implanted in the body durable and better.