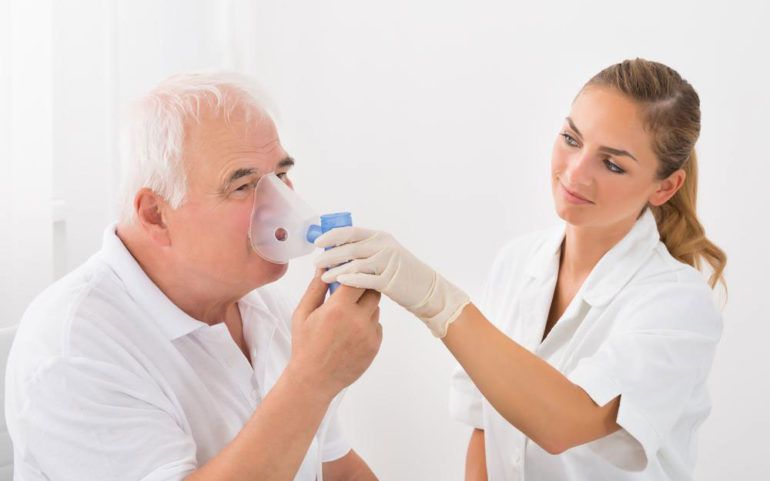 Pulmonary fibrosis is a condition which affects the lungs, causing breathing and respiratory problems. The tissue on the air sacs and pouches of the lungs which are responsible for absorbing oxygen tend to harden and scar causing trouble in normal breathing. Pulmonary fibrosis is a result of exposure to harmful toxins in the air, which cause the tissue to wear out and scar the air sacs and pouches.

There are causes of pulmonary fibrosis which can be identified, but at times there are no known causes of the disease and hence such cases are termed as idiopathic pulmonary fibrosis. The severity of the symptoms can vary from person to person and no two cases are ever the same, with the causes being a challenge to identify.

However, the common symptoms of pulmonary fibrosis include shortness of breath, dry cough, fatigue, unexplained weight loss, aching muscle and joints, widening of the tips of the fingers, amongst more. Although there have been cases where people ride out the symptoms without any trouble or too much discomfort, leading a healthy and stable life, some cases have reported rapid deterioration in their health. Symptoms have known to worsen over time and patients have been placed on mechanical ventilators to help breath normally.

Idiopathic pulmonary fibrosis is hard to diagnose and treat for that matter since there are no known causes. But there are a few ways in which the symptoms can be identified based on your medical history. Your general medical history will include your age, any history of smoking which might aggravated the fibrosis, airborne content which can irritate your lungs causing scarring, general hobbies, any history of drug use, other medical conditions that have been known to aggravate the already severe condition, family medical history to see if the problem has been persistent along the gene pool, and most importantly how long you have had the symptoms.

Doctors may recommend a number of tests to identify the symptoms of idiopathic pulmonary fibrosis, since there is no one test which can identify the symptoms. Common tests include Chest X Ray, high resolution computed tomography, lung function tests, pulse oximetry, arterial blood gas tests, skin test for tuberculosis, exercise testing, ling biopsy, video assisted thorascopy, bronchoscopy, bronchoalveolar lavage, thoracotomy, amongst many others.