Know all about skin rashes from skin rash pictures 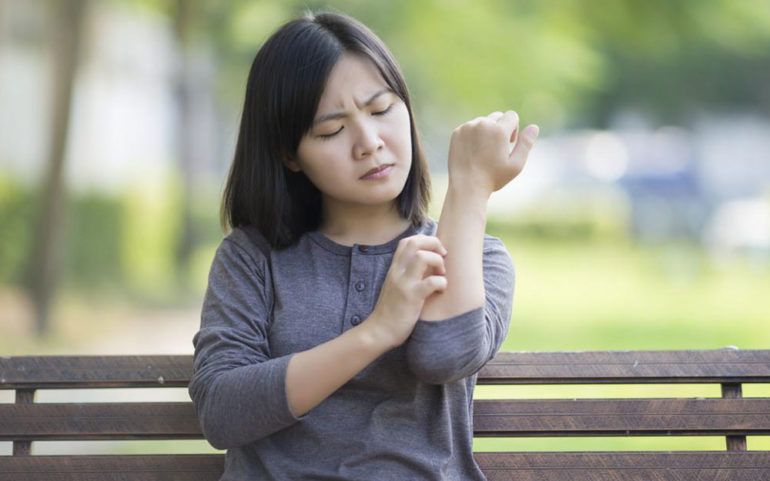 A rash on the skin can alter the color and the texture of the skin. Also, when a skin rash occurs, the skin becomes itchy, bumpy, scaly and irritated. There are numerous reasons which can lead to rashes such as medications, allergies, cosmetics and some diseases like measles and chicken pox.

Contact dermatitis: This is one of the most common causes of rash which occurs when the skin comes into contact with substances that lead to adverse reactions, ultimately culminating in a rash. It could be itchy, red, bumpy and inflamed. You may have contact dermatitis if you use beauty products such as creams, soaps, and cleansers which are not suitable for the skin. Also, dyes used in clothing, chemicals in rubber, spandex and elastic can also cause bumps and itchiness that look like pictures of rashes. One should also avoid contact with poison ivy, poison oak and poison sumac for preventing rashes.

Medicines: At times, skin rash is caused due to some drugs and medications. It could be due to the side effects of the medicine, or photosensitivity to the drug in particular.

Other reasons: Skin rashes can occur due to the bite of any insect or bug. Tick bites are mostly known to cause skin rashes as they are capable of transmitting diseases. Also, people with atopic dermatitis and eczema generally have pre-conditions like allergies and asthma which aggravate the condition. Psoriasis is yet another skin condition which makes the skin look like the rash pictures with scaly, red flakes. RA is an autoimmune disorder where the rash appears on various parts of the body.

How to deal with rashes at home?
Most rashes can be treated at home but only if you know what has caused the issue. Refer to pictures of rashes to zero in on the problem. If you have skin rashes, then it is important to use mild and gentle cleansers in place of scented bar soaps which are harsh on the skin. You must try to pat it dry instead of rubbing the area thoroughly. If possible, you should avoid covering the area and allow it to breathe freely. Do not apply any new beauty product as they may have triggered the issue and also avoid scratching the rashes since doing so can lead to infection.

Applying over-the-counter cortisone cream can soothe the area. Some people prefer applying calamine lotion to the area, as it can relieve the rashes caused by poison ivy, poison oak, and chicken pox. Taking an oatmeal bath can also soothe the itchiness from psoriasis and eczema. People with skin rash should wash their hair and scalp daily with medicated dandruff shampoo for fast relief.