History and evolution of Pilates 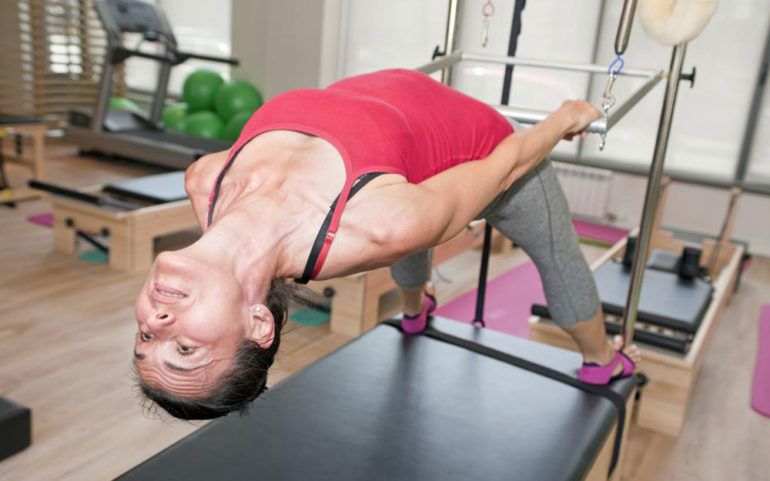 With more and more people drifting towards a healthy lifestyle and perfect body, there has been a growing demand for various exercises and fitness centers all across the globe. It has been seen that a number of exercises and dance forms are becoming popular, which have become a part of everyday exercise routine for many. Similarly, a recent popular form of exercise, Pilates has been topping the charts as an exercise regime for people who are looking for a perfectly toned body. But before you get into those body conditioning moves, why not get a closer look at what Pilates is and how did it originate?

Although people must be noticing this exercise form only recently, but it is interesting to know that Pilates originated in the 1920s. This was during the times when Joseph and Clara Pilates came up with their Body Conditioning Gym in New York.

Origin of Pilates
The exercise takes its name from Joseph Pilates who was a born in Germany and later emigrated to Britain and then to the United States of America. Joseph Pilates came up with an idea of a new approach to body conditioning and exercising. This took place in the early decades of the last century and later became a popular form of exercise for toning the body.

One of the popular methods of this exercise included the use of equipment and the best-known out of which is known as Pilates reformer.
In the year 1926, Pilates immigrated to the US and met his future wife, Clara, who too was determined to develop and maintain a healthy body and lifestyle. Together, they opened a fitness studio and introduced Pilates to the dance world. It is seen that Pilates includes movements that are fluid in nature and have been specifically designed in a way to help muscle growth. The exercise also has a balletic appearance to it. Once this form of exercise was developed, it was noticed that the method stretched to other areas such as athletics, acting, and other physical fitness regimes.

Pilates today
The basic method of Joseph Pilates is still being taught but you will also notice that the form has blended bio-mechanical and modern anatomical thinking. Since its inception, Pilates has gained popularity and today is a worldwide phenomenon with a large number of people practicing the same on a daily basis.