Dupuytrens disease, an overview of the condition 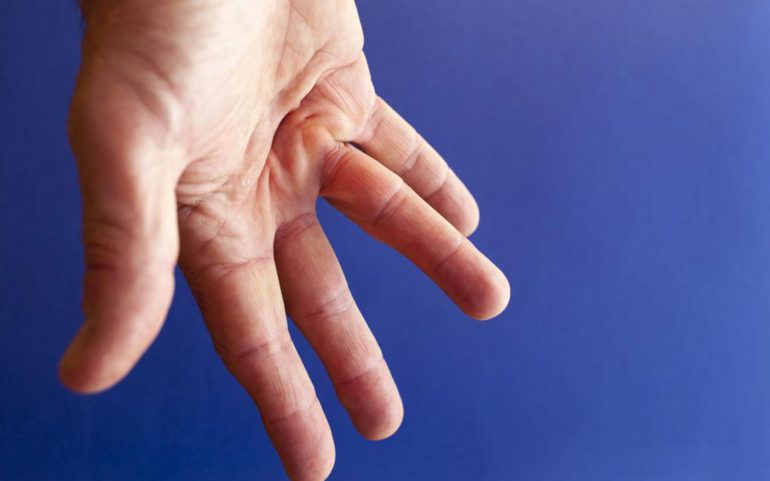 Dupuytrens disease, alternatively known as Dupuytren’s contracture is a condition which affects your skin. It results in abnormal thickening and tightening of the elastic tissue beneath the finger and general palm area. The elastic tissue (fascia) is made up of strands of fibers that form the chords running from the palm to the finger, controlling movement.

Dupuytrens causes the cords to tighten which tenses the strands causing the finger to curl inward. This is one of the most noticeable symptoms of the Dupuytrens disease. This condition should not be taken lightly since the curling can result in a number fo hand deformities.

There are no known causes of the condition; however certain man-made factors can contribute to early onset of its symptoms. These include:

Dupuytrens itself is a hereditary condition and is passed down through the family gene. The chances are even more increased as you get older, particularly affecting people over the age of forty.

Noticeable symptoms of Dupuytrens include:

There are a few tests you can do on your own to understand the severity of any developing symptoms. Check and feel your palm for nodules developed, these will be tender lumps which feel sore when touched.

Check how well you can grasp anything with your hands, pinch certain items, check the feeling in your thumbs and fingers, in general, determine the movement of your fingers.

There is no known cure for the Dupuytrens disease, and the condition can be persistent for many years, causing discomfort. General treatment includes surgery and medication to heal the nodules developed, mostly corticosteroids injection recommended by medical professionals.