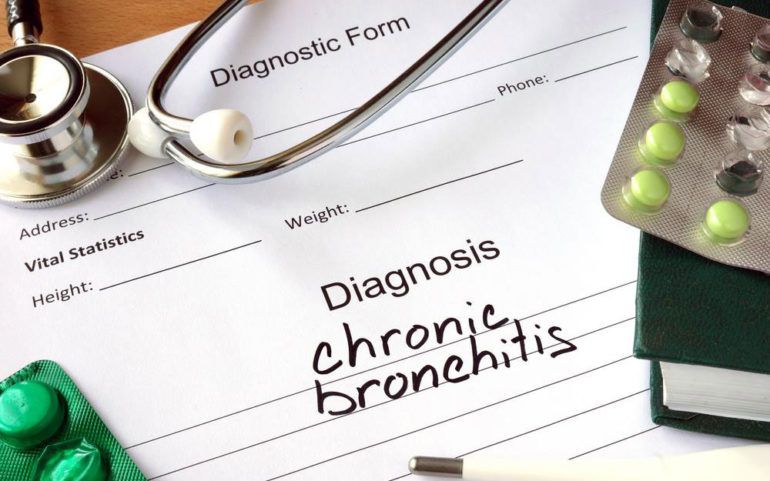 Bronchitis is a term used to define the condition of inflammation of the bronchial tubes. As a result of the inflammation, mucus is discharged in high quantities in the tubes. This causes the tubes to swell up and therefore close off.

The condition can be categorized as a chronic bronchitis cough. A cough appears on a day-to-day basis, forms sputum, which lasts for a very long time going into months.

Difference between acute bronchitis and chronic bronchitis
The major difference between acute and chronic bronchitis is that the former is not very serious in nature. Acute bronchitis occurs due to cold or other respiratory infection and improves gradually. It recedes in a matter of a few days without leaving behind any effect. Chronic Bronchitis, on the other hand, takes place gradually with time. It results in continuous episodes of bronchitis which may last for months or years. In the case of Chronic Bronchitis, the continuous inflammation in the tube results in the accumulation of mucus in a very high quantity. This accumulation ends up blocking the air path, causing breathing difficulties.

Symptoms Of Chronic bronchitis
The major symptom of chronic bronchitis is the chronic bronchitis cough. It includes very heavy, continuous and painful coughing. It brings mucus from the lungs. The mucus may vary in color. It may range between white, yellow, and green.
Other symptoms include:
Fever
Uncomfortable feeling in the chest
bad breath
Congestion in sinus
Fatigue
Chills

Advanced stages symptoms:
Change of color of lips and skin due to lack of oxygen in the blood
Swelling in legs and ankles
Heart conditions
Increased intolerance for environmental irritants.
Infections in other part of the body

When to see the doctor?
The major factor which helps in deciding the time to visit the doctor is the bronchial cough. Many people who smoke confuse the bronchitis cough with smoker’s cough. Such confusion delays the treatment.
See a doctor when: