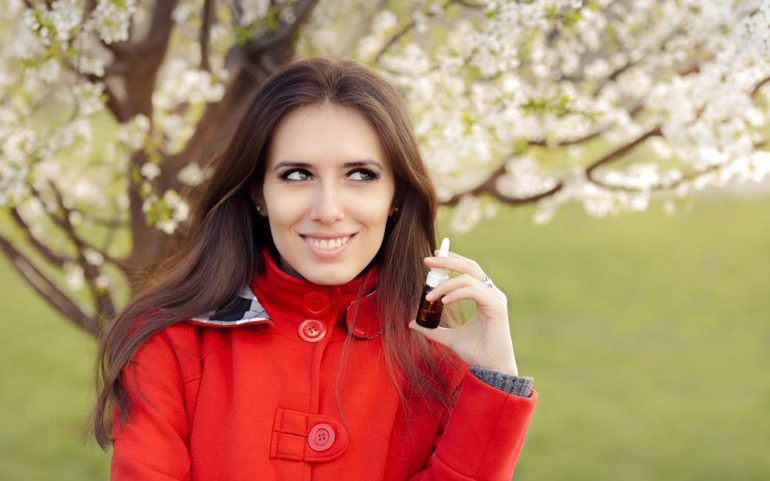 Nasal congestion happens when nasal tissues, contiguous tissues, and veins end up plainly swollen. They have an abundance of liquid retained which brings about a “stuffy” feeling.
Nasal congestion might occur along with a “runny nose.” The reasons behind nasal congestion are cold, flu and allergies. Nasal congestion is also referred to as the stuffy nose.

Take a hot shower
Hot shower during nasal congestion helps to loosen mucus. It also helps in removing nasal and chest congestion. This will give great relief to the person.
It helps restore the breathing to normalcy at least for a little while. You can get a similar relief by taking in steam from hot water in a sink or from a vaporizer.

Take plenty of liquids
While suffering from nasal congestion, liquids are needed to stay hydrated. This includes water, juice, hot tea, coffee, and even soups. Liquids help thin the mucus in the nasal passage and expel it through the nose.

Use a saline spray
If no other medication is helpful, you can try using saline spray for faster relief. Nasal spray increases the moisture in the nostrils. Saline spray loosens the mucus in the nasal passage and removes it from the nose.

Using a neti pot
It is a device that is used to flush out the mucus and fluids from the nose. Netipot is one of the most popular methods of curing nasal congestion.

Use a wet cloth
Place a wet cloth on the nose and forehead during nasal congestion. It can provide relief and comfort from the pain and inflammation in the nostrils.

Eat spicy food
Spicy food is one of the best cures for nasal congestion. You can include it in your meals in small quantities. It helps to open nasal passages.

Use decongestants
A decongestant is a drug that relieves nasal congestion in the upper respiratory tract. It helps the swollen blood vessels and tissues shrink and return to normalcy.

However, it does not cure sneezing and itching. Decongestants can be in the form of a pill, nasal drops or nasal sprays.