5 common autoimmune diseases that can affect anyone 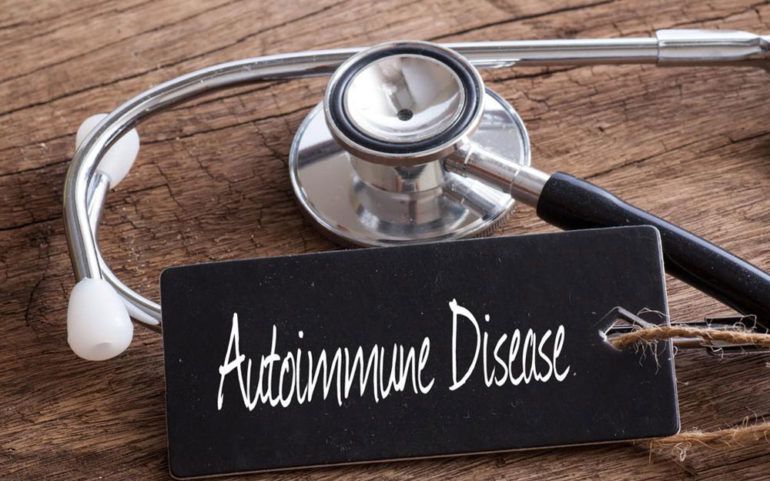 The environment that surrounds us is full of elements that can help us lead a healthy life and disrupt the normal functioning of the same. However, when such elements attack our body, the body has its security personnel that ensures that these malicious agents cannot gain entry into the system. It is known as the immune system. A healthy immune system is what keeps a majority of diseases at bay. But, what happens when the immune system begins wreaking havoc inside the body? It gives rise to autoimmune diseases.

A person suffers from autoimmune diseases when the immune system, instead of attacking the bacteria and disease-causing viruses, decides to attack the healthy cells. According to the American Autoimmune Related Diseases Association (AARDA), around 50 million Americans suffer from one or the other autoimmune diseases.

Here are 5 of the most common autoimmune diseases that affect a majority of individuals.

Rheumatoid Arthritis- Rheumatoid Arthritis is one of the most common autoimmune diseases that affect the general population. This condition is characterized by excruciating pain and swelling in the joints. The immune system is responsible for attacking the joints, and this gives rise to inflammation. Usually, women over 40 are more susceptible to this autoimmune disease. The treatment of rheumatoid arthritis focuses on reducing bone erosion and joint damage.

Systemic Lupus Erythematosus (Lupus)- Lupus is one such autoimmune disease which cannot be easily detected. It is because the symptoms of this autoimmune disorder are similar to those of other diseases. In lupus, the body produces autoimmune antibodies which attach itself to the tissues throughout the body. Lupus causes inflammation in the joints and can affect the lungs, kidneys, nerves, and blood cells. Also, a butterfly-shaped rash appears on the affected area.

Psoriasis- Psoriasis is a skin condition which is the result of an overactive immune system. The immune system goes into overdrive, and the blood cells called T-cells accumulate in the skin. This causes an increase in the production of skin cells which leads to the appearance of silvery, scaly plaques across the surface of the skin.