Thai cuisine and its evolution over the years 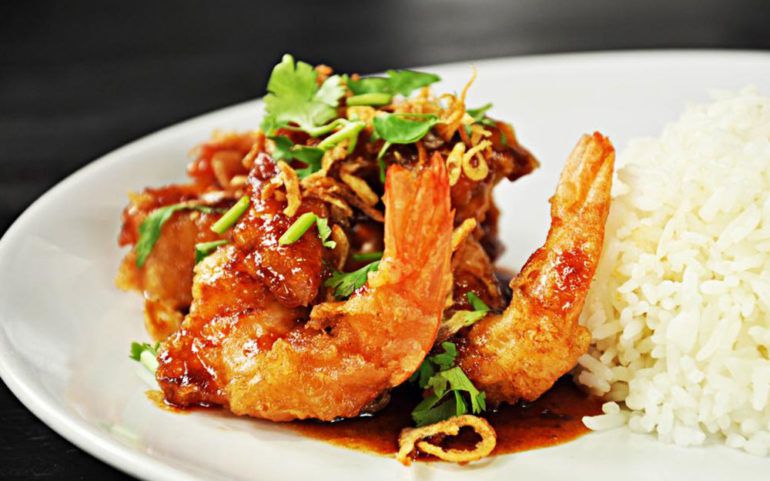 Thai food is undauntedly loved by most of the people round the world. With a range of delicious recipes that stimulate every bit of your taste buds, Thai food has grown to be one of the most popular cuisines across the globe. While we cherish the Thai recipes, it is even more interesting to know how did they originate and what makes them so famous? Let us look at the history of Thai cuisine.

Thai cuisines is a smart blend which is influenced by the Eastern and Western food. You can find all the flavors including sour, bitter, sweet and spicy flavors. These flavors work together in combination to a peculiar style of cooking and offer a range of delicious food recipes. The Thai food changes as per the region and so there is a different taste attached to these parts.

If we look at the history of Thai food, then we notice that the meals include aquatic animals, herbs, plants and other popular ingredients. Although meat in large quantities were avoided due to the Buddhist influence in the respective regions. On the other hand, there were some of these regions wherein meat was flavored with spices and herbs or were roasted and then shredded in the recipes.

Traditionally, Thai cooking had stewing, baking and grilling as well. Over the period of time, the area which is current place Thailand, Myanmar, Laos, Vietnam and Cambodia had ancient Chinese settlers. This was around 1,400 hundred years ago, and with the Chinese in the region, the Southeast Asian cooking was also influenced. This place had frying, deep frying, stir frying, etc. of the food and these were also established as some of the popular cooking strategies and techniques of the region. However, pad Thai which is fried noodles and khao pad, the fried rice, till date remain the classic Thai dishes.

The people from Thailand are well known for resourcefulness and commitment, which is also reflected in their cooking. It is seen that Thais have replaced the ghee, which is used in Indian cooking with coconut oil or coconut milk, which is an extremely important ingredient in most of the Thai recipes. Thai food had lots of spices in the dishes which over the years were toned down to fewer spices, such as the ones used in Thai curries.