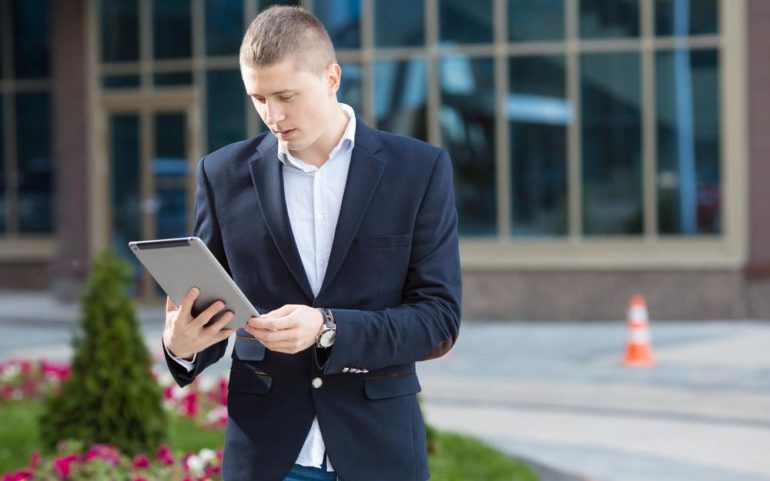 Without a doubt, iPad Air 2 is one of the best creations of Apple. With a 9.7 inch LED display, and 2048 x 1536 resolution along with pixel density of 264ppi, iPad Air 2 has better touch screen and brighter display. Being Apple’s sixth generation iPad, iPad Air 2 has ‘Air’ moniker. Thinner than the earlier versions, the look and feel of this new product is completely different. The main changes include iOS 8, Apple’s A8X chip, and a higher-resolution 8-megapixel camera.

The iPad Air 2 by Apple is the first iPad to have a biometric fingerprint sensor, a Touch ID which acts as an added security layer. Integrated with home button, this Touch ID is embedded using a scratch resistant sapphire glass. Although Apple offers a 4 digit passcode security lock to shield the iPad, the Touch ID makes it simpler by offering an effective way of authentication.

iPad Air 2 is in itself a feat of engineering that has been built with a better screen along with touchscreen digitizer and is also equipped with excellent backlight feature. Offering a less reflective display, this creation of Apple shows things brighter and more colorful as well.

Sitting at the top, the iPad Air 2 is the best 9.7 inch tablet that the market has ever seen. The sleek design, available in space grey and silver color, iPad Air 2 is one of the best creation of Apple and comes with an Accelerometer, Three-axis gyro, Barometer and Ambient light sensor.

Below mentioned are some key features and specifications of Apple’s IPad Air 2. These include

The Apple Limited Warranty covers iPad Air 2 as against any manufacturing defects for one year from the date of purchase. This warranty is an extension of rights provided by consumer law.