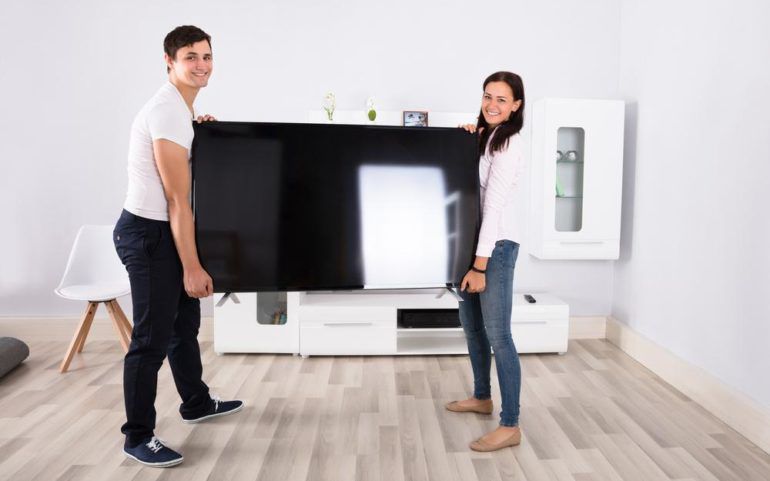 Technological advancements in the television industry has provided users with better picture and sound quality. Sometime back, the idea of purchasing a 4K television set was considered a luxury of the rich and famous. However, with increasing competition a number of manufacturers are providing the best 65-inch flat screen TV with 4K resolution for excellent picture viewing. Nowadays, 4K resolution television sets are available in 65-inch flat screen TV without any compromise on the picture quality.

Below, we provide you with the top four reasons as to why buying a 65-inch flat screen TV with 4K resolution will work for you;

All televisions are now 4K: With the advancement in technology, it is best to move with the current times. The 4K resolution televisions offer many great features to users that include greater brightness, true colors and enhanced audio quality. This also includes better television interface and better services. Presently, the two best television sets offering these include the Sony’s 65-inch A1E and LG’s 65-inch E7 OLED, not to forget the outstanding sound quality.

Enhanced Upscaling to ensure better HD: Television set manufacturers have switched to providing the best experience to home entertainment lovers. The 4K televisions deliver a much sharper picture with better sound quality. If you are a Blu-ray disc viewer then 4K is the best option for you. It is a big improvement over the standard HDTV’s owing to better upscaling and a number of programs that you view on HD will be better in 4K.

Future Proof technology: 4K is the thing of the future and it is here to stay for the next many years. Traditional broadcast service providers are facing a tough competition as users are now downloading in Full-HD resolution. Even big streaming giants including Amazon, Netflix and many others are welcoming the 4K content with open arms.

Movies that were earlier available on standard resolution are now being changed to 4K resolution to adjust with the changing times. Even movie players and discs are now appearing in 4K quality, thereby changing the traditional video quality. Hence, it is better to move ahead with the times than be left behind.

The HDR Factor: Just when the consumer electronics industry was trying hard to figure out what HD resolutions meant, there came the HDR (high dynamic range). This is one of the reasons why switching to 4K will be better for your future television viewing. HDR provides a much wider area, better color and brightness for 4K resolution pictures. The difference is so clear that it cannot be ignored, also it comes in three different formats including the HDR10, Dolby Vision and Ultra HD Premium.

Some television models including 65-inch flat screen TV support Dolby Vision while others support Ultra HD Premium. There are some models available that make use of both the features to provide the best picture quality to consumers.

Not that expensive: A majority of the consumers have the misconception that 4K television sets cost a fortune to purchase. This cannot be far from the truth, a number of 65-inch flat screen TV are available at a low price and one can purchase it as per their convenience. With so many festival discounts round the corner, you can buy the best option according to the features you require for home entertainment. Also, 4K is the best choice if you want to enjoy gaming, movies and television shows with maximum clarity and sound.

Wi-Fi Streaming Option: The best feature of 4K televisions is that these come with Wi-Fi capabilities. A majority of the HDR 65-inch flat screen TV’s come with the option to let users stream content from major streaming players including Netflix and Amazon. As these are able to handle HDR streaming, this means less buffering time and more binge watching your favorite shows and movies.

Keep these in mind while looking for an 4K television set for your home entertainment.