Everything you to know about 4K and UHD 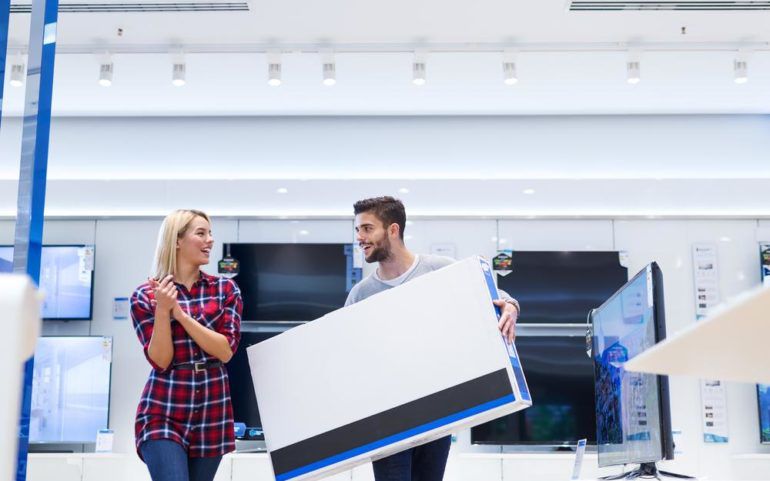 The technology used in making televisions has improved drastically which has helped take the television to the next step. Now, the wooden box enclosed television has slowly advanced to becoming touch screen High-Definition entertainment unit. With the advancements have come a number of features including internet connectivity, high-definition pictures and a wider screen view.

Recently, 4K televisions have been the topic of debate for home entertainment seekers. From being the talk of tech-geeks, 4K has now become the norm in many countries and has appealed to the TV viewing audience at large. Here, you will know all there is about 4K and what additional features it offers to the home entertainment lovers for people looking for best deals on TVs.

4K, also called Ultra High-Definition basically refers to the 4096×2160 pixel resolution. It has 4 times the pixels found in normal High-Definition television that has a resolution of 1920×1080. By having such a large number of pixels inside the television means having a better pixel density and a clearer picture quality. 4K is never about picture sharpness but offering more details and better picture texture to the viewer.

What is the actual difference between 4K and UHD (Ultra High-Definition)?

Will owing a 4K television let me watch my favorite television shows and movies?

No, having a 4K television will use processing to upgrade HD and other standard definition videos to a 4K pixel quality. You would still need a 4K source; these can be using streaming services including Amazon, Netflix or any Ultra HD Blu-ray players along with the best deals on TVs.

Is 4K actually 4K or is it just rumour about high-quality viewing and better picture clarity?

The extra pixels present inside a 4K television provide not only a better definition to the picture but also better clarity. The resulting image makes the viewer feel that they are not watching any picture on a television but are actually there in it.

4K is the best for large screen televisions and by large screen it means at least a 65-inch television set. The 4K resolution provides the best picture quality at any screen size. It is considered by the media community to produce resolution required for a finished 35mm film.

A number of studios are already talking about having an 8K, but for now there are just rumours. You can enjoy your movies and binge watch your favorite shows on the best deals on TVs for 4k resolution you plan to buy.

Do all the 4K television sets support 4K streaming?

There have been multiple versions of the HDMI port to allow users to watch 4K content on their 4K TV. The latest version of HDMI 2.0 has been designed to work with 4K video feeds. One of the benefits of the v2.0 HDMI from the perspective of a 4K television is that it provides complete support for higher data bandwidth to enable 4K video feeds. This also provides color sampling at frame rates up to 60 fps.

A majority of the consumer electronic brands offer the HDMI v2.0 with their 4K television set.

If you are looking to be future proof as far as home entertainment is concerned, then a 4K television will do the trick.