A brief history on the evolution of TV screens 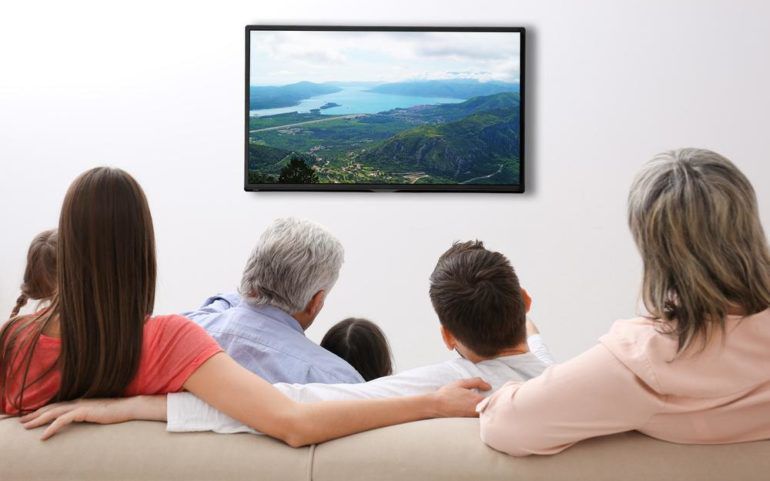 There are so many different types of TV screens and TV brands with different names in technology being pumped into the market every day. Right from the black and white chunky TVs to the all-new flexible TVs these days. So, what is the difference in the technology used in these TVs? Let’s take a walk through all the various technologies of TV screens and evolution of the ‘TV’ in simple non-complicated English –

CRT : Remember those old chunky televisions which a ‘must have’ till the early 2000s? Cathode Ray Tube (CRT) is a technical name for those types of TVs and computer monitors. The chunky box is huge because it contains a screen and a projector gun. Images are created on the screen when electrons are fired through the projector gun onto the viewing screen which in turn energizes the particles on the screen. With the technological advancements, the demand for these types of TVs and computer monitors have been falling drastically since early 2000’s when the smaller LCD screens were introduced into the markets.

LCD: Cathode Ray Tube televisions started getting replaced in the early 2000’s with ‘Liquid Crystal Display’ (LCD) televisions. The LCD television panel is created by using different segments in which each block is filled with liquid crystals. When the electrical current is increased or decreased, the transparency, clarity and color of these blocks changes. Since LCD screen crystals cannot product their own light, the panel is fitted with external light sources like fluorescent bulbs which help in creating the images on the screen. With further improvement in picture quality with the use of technology, LCD quickly started getting replaced with the LED. Samsung televisions had popular variants with the LCD feature.

LED: The full form of LED is ‘Light Emitting Diodes’. Basically, the LED is a better and improved version of the old LCD technology so it is not entirely a brand-new format of television. While LED screens use the same format as those in LCD screens, the only difference is the florescent bulbs are replaced by an array of LEDs which are lit up. This allows the TVs to be far more efficient and allows them to be narrower which saves space.There are a lot of good brands out there like Samsung televisions which provide various sizes of LED televisions.

Plasma: Plasma TV screens consist of a mixture of different gases that are stored between 2 sheets of glass. During the manufacturing process of the television, these gases are injected and then sealed in the ‘plasma’ form. This is basically where the Plasma TV gets its name from. When connected to an electricity source, the electricity causes the gases to react which illuminates the pixels all over the screen. Plasma TVs are generally more expensive than LCD and LED televisions and are of much more superior quality as well. This also results in the high prices of these TVs. Plasma Samsung televisions, due to the high costs and the format, perform better when they are 40-inches screens or larger.

OLED: OLED is latest form of screen technology. OLED has nothing similar to LED even though its name might suggest otherwise. The full form of OLED is ‘Organic Light Emitting Diode’. It is made using organic materials such as carbon which creates the light when connected to electricity. LED and LCD screens require a backlight for illumination while an OLED doesn’t require that. This helps in producing extremely thin and flexible TV sets. Since individual areas on the OLED screen light up directly, the contrast, clarity and colors and way better on this screen. It processes images faster and create deeper more crisp images with regards to contrast. These make OLED screens super expensive.