7 New Smartphones You can Consider Splurging on 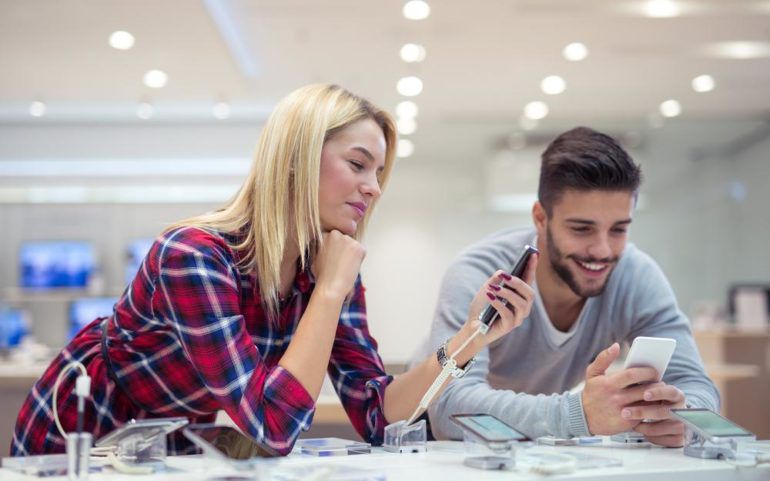 It is common to change phones frequently. It is known that you can never be satisfied with one phone for a long time. Therefore, manufacturers are constantly coming upJust when they think they have the phone they had always wanted, another one is launched. This ongoing desire to get the latest smartphone in the market isn’t going to die down anytime soon. In fact, it might never die down.

Most people spend their money on a smartphone without proper analysis. Then they end up regretting having spent their money. It doesn’t have to be your story. Investing in the right phone is what must be done. That is why this list has been compiled to help make your decision process easier. It is a list that will help you determine where you can invest without regret. Are you ready for it?

Best smartphones you can spend on

This is one of the most-awaited iPhones ever. The 64GB variant costs $999 and the 256GB variant costs $1149 approximately. This iPhone model has bid goodbye to the home button. A whopping 5.8-inch screen makes everything just so much clearer. It has a 2716 mAh battery. With 3GB RAM, 12MP back camera and a 7MP camera, this is the best iPhone yet. Although dubbed luxurious, it is worth every penny you spend on it.

This is bigger than the iPhone 8 but smaller than an iPhone X in terms of size. It has a 5.5-inch screen and comes with a 3GB RAM. It has dual back cameras, both 12MP each, which are incredible. Its front camera is 7MP. It comes in two variants of 64GB and 256GB. The 64GB version costs $799 and the 256GB version costs $949 approximately. If you want something a little more sophisticated than iPhone 8, then you should opt for this model.

This iPhone model is for those who want a smaller screen size, but who still want to experience the new features of an iPhone. It comes with a 4.7-inch screen size and 2GB RAM. The 64GB variant costs around $699 while the 256GB variant costs around $849. It comes with an 1821 mAh battery which is enough to get you through the day. The camera quality is better than previous iPhone models. The front camera is 7MP while the back camera is at an impressive 12MP.

This model of Samsung has a large screen. It comes with a massive 6.2-inch screen. It comes in a single 64GB variant which costs $850 approximately. It has a powerful battery of 3500 mAh that does not discharge in a jiffy. It comes with a powerful 4GB RAM, making it less prone to lag. The camera is crisp and it is notably one of the best Samsung products to date. For those who love watching Netflix on the big screen, this is the best choice.

This Samsung smartphone is priced at $725 approximately and comes with a 5.8-inch screen. It houses a 3000 mAh battery so that you can use it for the entire day. The camera quality is good with a back camera of 12MP and a front camera of 8MP. The RAM is 4GB and this phone comes with the 64GB variant. For those who want the best of Samsung without shelling out another $100 for the Plus variant, this is the best choice for them.

This exceptional Samsung model comes with 64GB storage. It comes with Samsung’s largest screen yet of 6.3 inches. It has a powerful 6GB RAM for powerful processing. It has a dynamic 3300 mAh battery. There are two rear cameras of 12MP each and the front camera is of 8MP. It has a fantastic feature list and comes at $950 approximately, which is quite high for some. But if you want an exceptionally large screen, this is the right pick.

This phone by Google comes with a 6-inch screen. It has 4GB RAM that works flawlessly. It comes in two storage options, 64GB and 128GB. It costs around $849 for the 64GB model and around $949 for the 128GB model. It comes with a 3520 mAh battery. With the excellent 12MP back and 8MP front camera, it is one of the best phones by Google. The design is impressive too.

Since these smartphones have been tried and tested, you can rest assured about their capability. Choose the smartphone with the features that meet your requirements.