5 Reasons Why the iPhone 8 Plus is a Great Choice 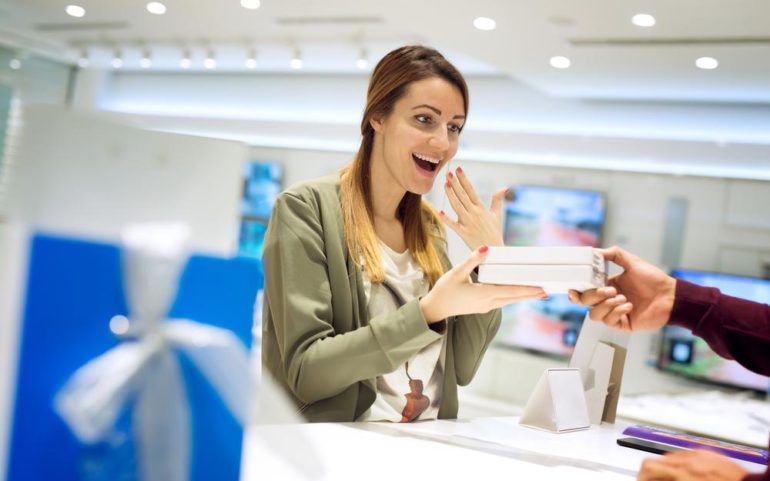 Apple recently launched new additions to their smartphone family—iPhone 8, iPhone 8 Plus, and iPhone X. Both phones have amazing features. However, the iPhone X comes with a higher price tag than iPhone 8 Plus. If you are looking to buy a new phone but have a limited budget, following are some reasons why the iPhone 8 Plus would be the better choice.

Apple’s latest, iPhone X, is known to be their epitome of design. It has an edge-to-edge OLED screen. Although visually, the iPhone 8 Plus is larger than the iPhone X, the latter actually has a larger display size. This is so when measured diagonally. While most of us prefer a larger display, it is more convenient in the long run when the phone you own is more comfortable to hold. People who are used to an Android counterpart will find the transition very convenient with the iPhone 8 Plus. This would be mainly because of the size and the comfortable familiarity in the hand.

There is a strong reason why Apple stuck to the LCD for so long and reproduced it for the iPhone 8 Plus. The LCD version of the screen is highly reliable and has shown decades of flawless performance. It is also one of the main reasons why most loyal Apple fans have stuck to the brand. With a beautiful resolution of 1920×1080 and 401 PPI, the iPhone 8 Plus makes its mark. Did we mention it comes with a contrast ratio of 1300:1?

While Apple’s camera quality is unbeatable, there have always been significant upgrades in the subsequent versions of the iPhone. For years, Apple fans have spent the moolah and gone through the pains of exchanging their not-so-latest models with the oh-so-expensive newer versions. All this, for what? The camera which is supposedly and irrevocably to die for, of course! Without any question, the rear and the front camera that support the iPhone 8 Plus is a huge step from the last version – iPhone 7 Plus. Most reviewers would say that the extra dollars invested by a user in the iPhone 8 Plus go completely towards the new and improved camera. The camera sensors boast of being faster than the previous rundowns and can produce richer colors in the images.

One of the main reasons for you to purchase the iPhone 8 Plus over the newer and richer Phone X would be the familiarity. One would argue saying that the size is bigger, the performance of the A11 Bionic sensors to be superior over the prior versions but then again, why would better processors and improved speed affect you? The connotation of familiarity comes in when thinking about the Home button! You will not have to give up on the Home button while opting for the iPhone 8 Plus over the iPhone X. Another feature that you can stick with the iPhone 8 Plus, is the fingerprint sensor. Why would you want to give up on that for the face-lock?

Last, but definitely not the least, the major reason for you to pick the iPhone 8 Plus over the newer models is the price point. Thinking of the many features and upgrades that the iPhone 8 Plus offers over its older counterparts, it is nothing short of a bargain at the rate of around $799!

As a user, you have grown a relationship with your phone and deserve nothing but the best. When you are in for the best and nothing less, this phone can fit in neatly within your price range. With its great features, add-ons and that coveted iPhone branding, this mobile is sure to serve you well until you decide your next big change.

Apple phones are always in high demand and there are enough reasons for you to buy one.