Chevrolet Tahoe vs. other SUVs 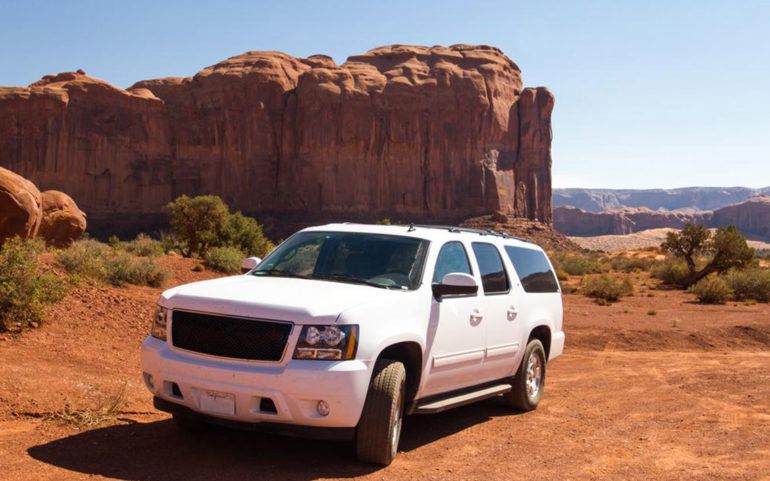 The Chevrolet Tahoe is a bestseller in the automotive markets due to its all in one package that is durable in its performance as an SUV and is also ideal for off-roading and towing. An analysis of the Tahoe in comparison to other competitors in its class renders a clear picture of the SUV’s stand and reasons why it’s a good choice to buy.

While both the Chevy’s have the same engine, drivetrain system, chassis, and transmission, the difference lies in the Suburban, which has an extended wheelbase than the Tahoe. The Suburban is bigger in both boot space and third-row legroom which makes it easier for occupants in the third row to be comfortable rather than cramped as in the Tahoe. The fuel economy on both the SUVs is identical but the fuel capacity in the Suburban is 31 gallons, and the Tahoe is just 26 gallons. The Suburban is priced $2,700 higher than the Tahoe. In short, the Tahoe is a shorter version of the Suburban and is best fitted for those who don’t have heavy cargo or too many passengers regularly.

The primary difference in these two SUVs is the engine as the Yukon offers a V8 engine that generates an extra 65 horsepower. Although the base models on the SUVs have the same fuel efficiency, the Yukon’s larger V8 engine differs by a drop of 1 mpg. The Yukon is grand-scale in the interiors, the Tahoe has an elegant design and standard interiors. Individuals who are looking for a luxurious SUV could pick the Yukon, but for those looking for a power packed vehicle, then the Tahoe is the right choice.

The differences between most SUVs against the Tahoe are that they either have larger bodies and cargo space. However, performance and safety wise, the Tahoe stands out being slightly stricter with space. The Tahoe offers a better deal regarding standard technology and a user-friendly infotainment system. Unlike most SUVs, the Tahoe has better grip and smooth road handling.