A mark of innovation in the Ford F-150 lineage 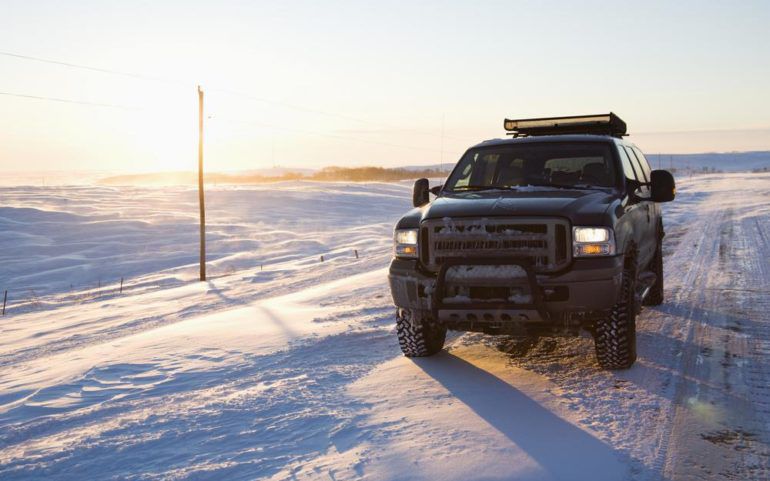 The 2015 Ford F-150 has been lauded as the best pick-up truck in its segment due to its complete change of the body with revolutionary military-grade aluminum. The reduction of unto 700 pound of overall weight alongside the new V6 engines the pick-up does not fail to live unto the expectation of well performing full size pick up trucks in this decade. Having caused a paradigm shift in the line of usual heavy pick-ups, the 2015 Ford F-150 has marked the beginning of even better performance, stability, and fuel efficiency in the traditional line of pick-up trucks.

Although the Chevrolet Silverado and the Ram 1500 are equally competent, the Ford F-150 edges over victorious due to handling being well balanced apart from being a very comfortable ride. The powerful turbocharged engines provide an estimated 15-19 mpg in the city and 21-26 mpg on the highways. While the Insurance Institute for Highway Safety awarded the Ford F-150 the 2015 Top Safety Pick in the pick-up category, the National Highway Traffic Safety Administration rated a the Ford F-150 with full five stars in the overall, frontal, simple impact and rollover tests. The pick-up performed extraordinary well in the crash tests as well by getting awarded almost full points in all the crash testing done through various mediums.

As a face lift to the F-150 interiors, Ford brought in substantial improvement to the interiors with the 2015 edition from the previous generation pick-ups in order to offer the best seating comfort for both the drivers and passengers, as well as a great forward visibility due to the modified front grille. An added feature in the 2015 Ford F-150 series was the infotainment and navigation system. Ford gave a choice between the older Sync with MyFord Touch that had an 8 inch touch screen and the newly launched Ford’s Sync system integrated with voice activation. The newer system with voice activation featured a 4.2 inch display screen with hands-free call technology, music streaming through bluetooth, satellite radio, and 911 emergency assistance. However, the most important use of a pick-up being for cargo, payload, and towing, the Ford F-150 stands tall due to the heavy duty engines wherein the V6 version could pull around 12,000 pounds, and could carry unto 2250 pounds, whereas the V8 engine could carry unto 3,300 pounds. The 2015 Ford F-150’s are available with three bed-length variations such as the 5.5, 6.5, and 8 feet.