Common ATV maintenance mistakes and how to avoid them 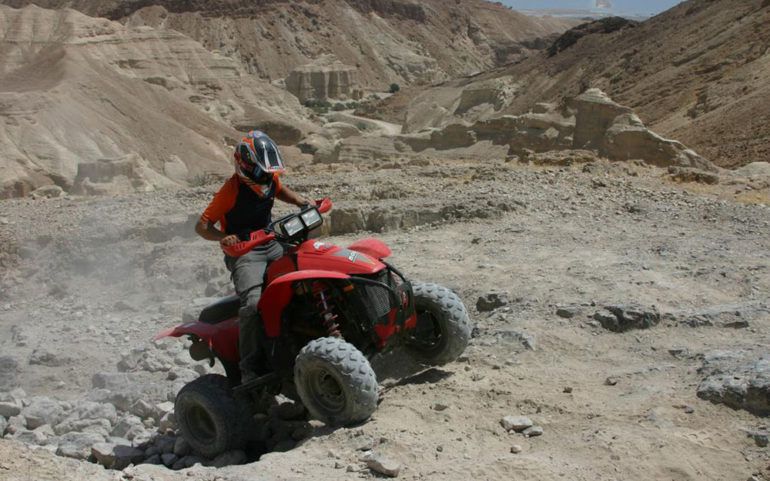 A shiny new ATV positively begs to be taken out on a rough trail hike. But for a number of reasons, most of the people tend to overlook the maintenance routine it requires, despite it being a sizeable investment. Although these machines look rugged and durable, they need as much care as a luxury sedan. Considering its exposure to harsh and hostile environments of off-road trials and the rough rides they are subjected to, it is easy to see why. Read the following article as it mentions some of the most important maintenance tips to keep your newly bought ATV in good condition.

Dried mud
It is one of the most prevalent mistakes ATV owners make- failing to clean their ATVs after an adventurous off-roading trip. Riding around a mud-laden ATV not only deepens the dirt into its crevices, but it also harms the shelf life of individual ATV components. The dirt also gets sucked into the fluid and air intake, which reduces its performance. Hence it is necessary to clean your ATV if it is caked with mud. Use a water jet spray to clean the unreachable crevices of the quad and make sure to wipe it dry to avoid rusting of the parts.

Unchanged fluids and filters
Keep an eye on brake fluids and engine oil levels before taking out your ATV for a spin. Oils used in the ATV experience dirt buildup of small particles and debris. This can wreak havoc on your engine and spoil its components. This buildup is reduced using an oil filter. Hence, it is necessary to check the oil filter and clean once every week. Air filters require the same cleaning regimen as riding through mud can clog air intake, thereby reducing engine performance.

Failure to replace the fuel
Gasoline or fuel can degrade or eat the ATV engine inside out if left in intake lines for long periods. If you are storing your ATV for more than 15 days, then add a fuel stabilizer to keep the fuel from breaking down or otherwise simply drain the fuel tank.

Low tires and loose bolts
The rough roads can be unforgiving for any vehicle in the long run, and an ATV is no different. The vibration from the rough roads can loosen the bolts and decrease the air pressure in the ATV tires. Hence, before you decide to ride your ATV again check all the components- especially the suspension and steering arrangements to avoid any chances of accidents.