5 crossover SUVS you should be looking at right now 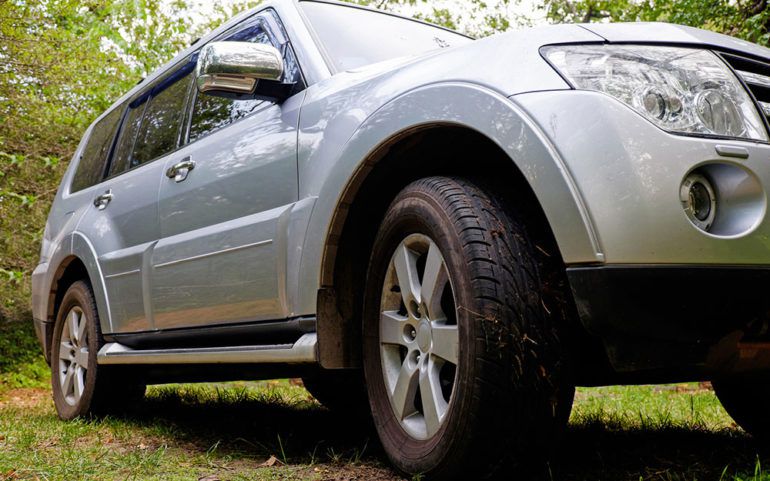 Crossover SUVs or crossover utility vehicles combine the features of passenger vehicles with sport utility vehicles. These vehicles basically have car-like features along with off-the-road capabilities. Crossovers usually look like bigger versions of hatchback cars or station wagons. The term “crossover” popped up more as a marketing tool used by auto manufacturers, rather than an exact of class of cars. Moreover, the terms SUV and crossover are often used interchangeably and sometimes together as well. Also, auto manufacturers have a broad spectrum of crossovers in multiple categories such as mini crossovers, compact crossovers, mid-sized crossovers, and full-sized crossovers.

With so many types of crossover SUVs or crossovers, many car buyers find it difficult to distinguish between a crossover and an SUV. Nonetheless, the sale of crossovers comprises nearly 50% of the SUV market. Although the first crossover SUV was the 1948-made Willys-Overland Jeepster, which was technically a convertible coupe, the crossover SUV segment started becoming popular among car buyers only in 2006. This is mainly because the sturdy exterior, spacious interiors, and versatile functionality of crossover SUVs appeal to many consumers who pay more attention to the utility offered by a vehicle than the luxury. If you belong to this category of people and are planning to buy a crossover SUV for personal or business purpose, here are some of the popular and best new crossover SUVs available in the market right now.

Lexus RX 350
Lexus has been a long-time leader of luxury vehicles. Keeping up with this tradition, Lexus has manufactured one of the most stylish and best new crossover SUVs—the Lexus RX 350. This mid-sized luxury crossover SUV is perfect for five passengers, with sufficient space for additional luggage. The 2018 Lexus RX 350 is powered by an advanced 3.6-liter V6 engine. Its estimated performance is 20MPG on city roads and 27MPG on interstate highways with a combined MPG of 23. The price range starts from $43,470 for front-wheel drive and $44,870 for all-wheel drive.

Toyota Highlander
This crossover SUV from Toyota has undergone a lot of changes over the years. Rated among the best new crossover SUVs in the market, the 2018 Toyota Highlander can seat seven to eight passengers. The seats of the third row can be folded down to make more cargo space if required. The interiors are highly functional with USB ports and entertainment features provided in the rear area. With a 3.5-liter V6 engine, this mid-sized crossover SUV gives a performance of 21MPG on city roads and 27MPG on interstate highways. The price ranges from $31,230 to $42,280.

Ford Edge
The 2018 Ford Edge is one of the best new crossover SUVs in the compact crossover SUV segment. This five-seater crossover SUV from Ford has been designed by incorporating some of the latest technological features. It has a 180-degree camera located in the front grille that lets you navigate around corners and alleys without any hassles. It also incorporates Amazon’s AI assistant Alexa to give you access to voice navigation and traffic information. The estimated performance of the car is 21MPG on city roads and 29MPG on interstate highways. The starting price is $29,315.

Chevrolet Equinox
This is another best new crossover SUVs in the compact SUVs segment. The Chevrolet Equinox can seat five people with enough legroom to spare. The cargo space behind the second row is quite spacious to store a family of four’s carry-on luggage. The vehicle is powered by a 1.5L Turbo engine and has an estimated performance of 28 MPG on city roads, 38MPG on interstate highways, and a combined performance of 32 MPG. The starting price of this vehicle is around $23,580.

Honda CRV
This crossover from Honda has been one of the top-selling and best new crossovers SUVs. The Honda CRV is available in four variants: LX, EX, EX-L, and Touring. Perfect for the everyday commute as well as long journeys on interstate highways, this crossover SUV has a smooth ride quality and a powerful drive. Available in front-wheel as well as all-wheel drive, all the variants of this crossover are powered by inter-cooled turbo regular unleaded engine. The performance on city roads is 28MPG and on interstate highways is 34MPG. The starting price ranges from $24,250 to $32,750, depending on which variant you choose.