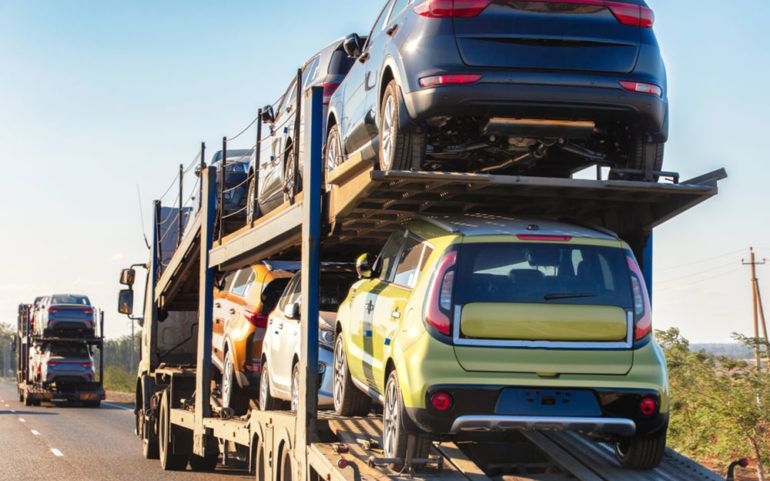 Buying the best new car can be an overwhelming process. It can also burn a hole in your pocket if you have not done adequate research. There is a variety of cars available in the country based on the types and prices. Are you a fan of throttling engines that take you to great speeds? Or do you prefer buying a car for daily commute from your home to work? Prioritize what you need in your new car and do not forget to take your budget into account. Shortlist the new car you want to buy based on your needs and affordability.

Here are the best new cars of 2018 that you may consider buying.

2018 Ford Edge
One of the best new cars to buy is 2018 Ford Edge. The company has come a long way from their truck-based roots to crossovers and SUVs. The 2018 Ford Edge is a five-seater midsize SUV, which is powered with a twin-turbocharged 2.0-liter four-cylinder engine. The engine throttles 245-horsepower, which gives the SUV a fuel economy of 20 mpg (miles per gallon) in the city and 29 mpg on the highway. The SUVs brawniest edition is a 2.7-liter twin-turbocharged V6 engine, which generates a massive 315 horsepower, bringing down the fuel economy to 17 mpg and 24 mpg for the city and highway, respectively. All the variants of 2018 Ford Edge have an automatic transmission and are priced in the range of $30000 to $40000.

2018 Audi A3
The brand is best known for the luxury and performance it offers. The base powertrain of Audi A3 is equipped with a 2.0-liter four-cylinder engine, which is mated to a seven-speed dual-clutch automatic transmission. It generates 186 horsepower balancing a decent fuel economy and acceleration. The fuel economy of the new Audi A3 is 26 mpg and 35 mpg on the city and highway, respectively.  You can go for a higher version with the Audi A3’s iteration RS 3. The luxury sedan generates up 400 horsepower and comes with a 2.5-liter five-cylinder engine under its hood, making it sprint from 0 to 60 mph in under four seconds. The 2018 Audi A3 has a wide price range from $29000 to $52000, based on the variants.

2018 Kia Sorento
Kia Sorento is one of the best new cars to buy as it offers a range of engine variants. One of which is a standard 2.4-liter four-cylinder engine that churns out 185 horsepower. The combination of its decent fuel economy (21 mpg and 28 mpg for the city and highway respectively) and acceleration makes it a good choice for the daily commute. The price of the Kia Sorento variants ranges from $24000 to $44000.

2018 Acura MDX
The SUV is known for the best luxury three-row seating with a lower starting price. The new Acura MDX is one of the best new cars to buy as it comes with composed handling. The luxury SUV maneuvers easily on all types of roads. The SUV is equipped with a 290-horsepower 3.5-liter V6 engine with a nine-speed automatic transmission. The Acura MDX offers a fuel economy of 20 mpg in the city and 27 mpg on the highway. You can also buy an all-wheel-drive as it offers a more desirable fuel economy. The price of the new Acura MDX ranges from $40000 to $55000.