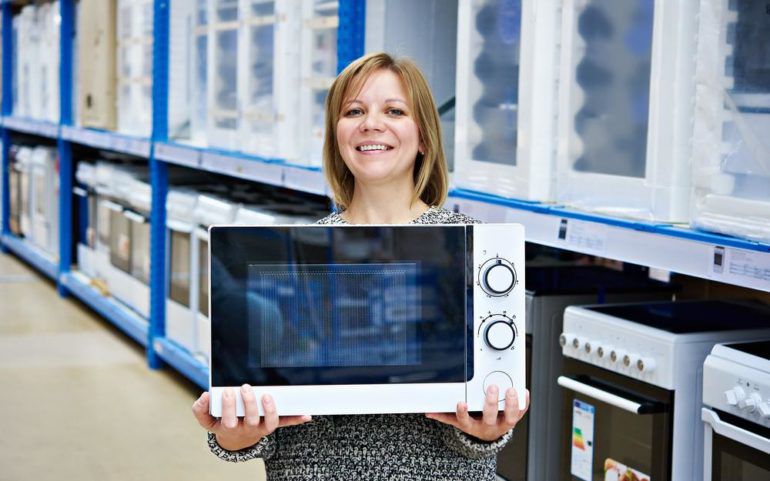 Today, almost every second home in the United States of America has a microwave. However, this wasn’t the case about 50 years ago.

Although they were used for commercial purposes since the 1950’s, the year 1967 saw America’s first home-use microwaves being sold by Amana Corporation. This became possible due to the miniaturization of technology and cost cutting due to which these commercial microwaves were able to be manufactured in smaller sizes and at cheaper rates.

A little bit of history first
The first domestic microwave oven was christened, ‘radarange’, which was a name coined from the terms radar and range. But why ‘radar’? What is the connection between a radar and a microwave? This has a long, but rather interesting story to it.

Radar stands for, ‘radio detection and ranging’ and a magnetron is a device that produces it. This device was used in abundance during World War II. However, the American army was falling short of magnetrons. Therefore, Percy Spencer, an engineer who worked with Raytheon and was given the task of revving up the production of the magnetron.

So Spencer began work. During one of his stints where he was working with a live magnetron, Spencer noticed that a piece of candy in his pocket had melted. Suspecting it was the radar from the magnetron at play, he experimented again, only this time consciously and with a raw egg. He pointed a radar beam towards the egg and his suspicion was confirmed, as the egg exploded due to quick heating. And then a series of experiments continued one of which included corn kernels that turned into popcorn when they were subject to radar emission. And this was the advent of microwave ovens. Spencer then went on to patent his findings and this is how the first microwave came into existence.

A few things to know about microwave cooking

The microwave has come a long way and has undergone a number of transformations since 1967. But all said and done, microwave ovens have certainly done us a world of good in the kitchen due to their rapid heating technology, thus making the whole cooking process a whole lot easier. So here’s to fifty years of microwaving!